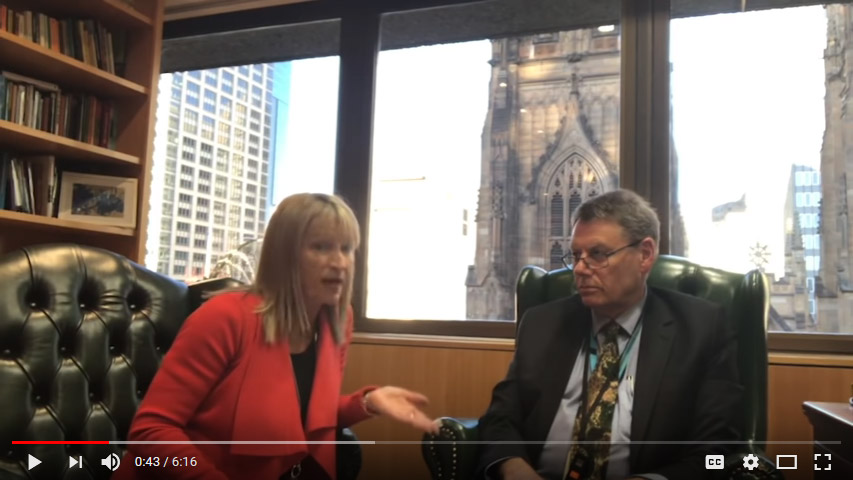 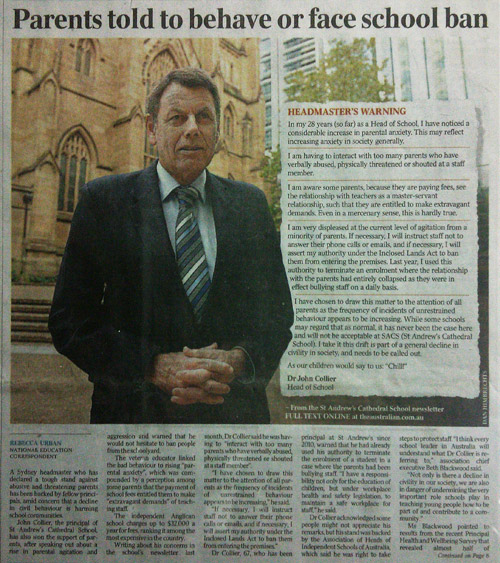 In an era where parents seem to have all the power with the media, Dr John Collier, Principal of St Andrew’s Cathedral School in Sydney, decided to take a stand and tell parents via the school newsletter to stop bullying his teachers or they would be ‘expelled’.  He didn’t expect that he would end up on the front page of The Australian as the lead story, nor that he would spend two days doing radio, television and newspaper interviews. Was it a good move for his school? Why did he do it? What did the parents think – was it worth it to be in conflict with parents in the public eye? Was it good or bad for his school?

Dr Collier speaks to Sam Elam, Managing Director of Media Manoeuvres and answers all those questions in this video interview.

“As parents, we tend to react when we perceive our child is threatened. This seems to bring forth a reptilian kind of defensive response. Recently I read of a hippopotamus in a river in Africa, which, seeing a crocodile move towards her offspring, bit its head off! Sometimes as parents we can be a bit like that…” Dr. John Collier

Sam Elam, Managing Director of School Manoeuvres (a division of Media Manoeuvres Pty Ltd), is recognised as an issues and crises media and stakeholder communications expert for independent schools